The year 1965 was a turning point in the life of John Coltrane. It was at this point that he crossed the line into the free jazz arena that he had been approaching since the early ’60s. Besides his landmark Ascension, no album better illustrates this than the awe-inspiring Meditations. [source]

If one expects music to be “pretty,” go buy some Kenny G. But surely Coltrane knew that Meditations and the other recordings he made during this period were anything but pretty. He was trying to do something else with music: to reach and touch and communicate human emotions, human conditions, of more importance, depth, and lasting significance than prettiness. Especially in his “late period,” he thought that his music meant something: he thought it performed a function that mattered. Of course, this sort of thing was in the air. Archie Shepp was lecturing in Down Beat, everyone was recording music about freedom, and it was hard not to have contempt for music that didn’t try to matter. [source]

All songs written by John Coltrane. 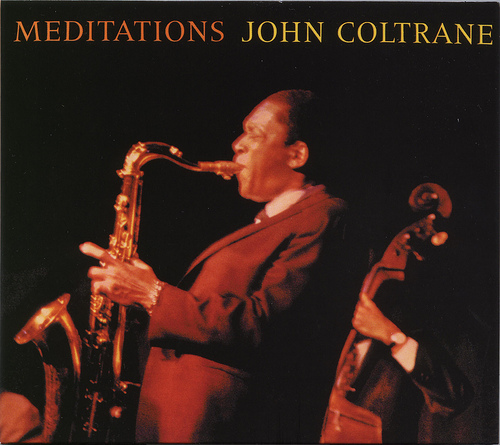