Carta de Amor is the first track on the album Magico: Carta de Amor by Jan Garbarek, recorded live in 1981 and released November 6, 2012.

Magico: Carta de Amor is a double-disc recorded live in 1981 in Munich which has been sitting in ECM’s vaults until now. The recording features a seasoned band in full command of a shared musical language developed after an extended period touring together. It contrasts sharply with the work they issued as individual players during this era: Garbarek´s Eventyr  in 1980 and Paths and Prints in 1981, Gismonti´s  Frevo (1980), and Sanfona and En Familia (1981), and Haden´s collaborations with Old and New Dreams, Ornette Coleman and Pat Metheny. The material here features five iconic Gismonti compositions — yet only “Palhaço” appears on this trio’s studio albums. 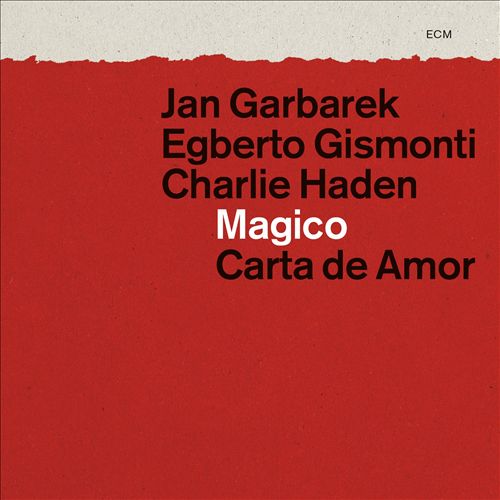