The Inflated Tear is an album by Roland Kirk released in 1968. One of his most popular albums and sometimes regarded as his magnum opus, it established his reputation as a jazz composer and earned him a modicum of respect in music circles who had previously written him off as a sideshow.

It was re-released in 1998 by Rhino featuring a bonus track and extensive liner notes. [source] 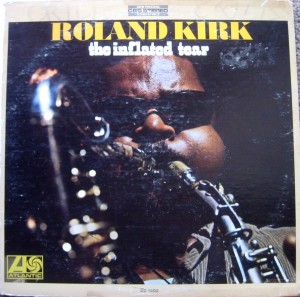