John Coltranes Giant Steps played by Dave Burrell is the fifth track on the solo studio album The Jelly Roll Joys by jazz pianist Dave Burrell. It was recorded in 1990 and released in 1991 by Gazell Records.

One of the great under-recognized pianists in jazz, Dave Burrell was an integral member of several important bands, including those led by Archie Shepp and David Murray. He has always been at home with the entire history of the music, from ragtime to free improvisation. Here, playing solo, he pays homage to the seminal composer Jelly Roll Morton in a recital that includes a couple of Burrell’s own pieces, a few by Coltrane and Parker, as well as several of Morton’s lesser-known works. His selection of rags is very perceptive, including a couple of utterly gorgeous compositions containing what their author referred to as “the Spanish tinge,” a rarely discussed influence on early jazz. Even on the two Coltranepieces, “Giant Steps” and “Moment’s Notice,” he manages to subtly infuse them with raglike aspects and rhythms while miraculously maintaining their boppish integrity. Burrell’s own songs are no less delightful and go far in buttressing his reputation as an imaginative composer as well as a rich and deeply melodic pianist. The Jelly Roll Joys is highly recommended both as a wonderful recital and as one of the most rewarding albums by a musician deserving far greater renown. [source] 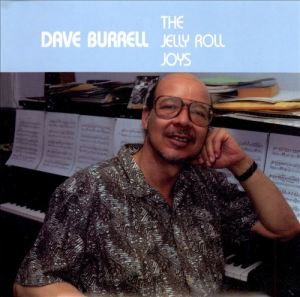 [guided by Ronnie Rocket, thanks a lot]