Third is a 1970 double LP by Soft Machine, with each side of the original vinyl consisting of a single long composition. Its music explores the emerging jazz fusion of the type present on Miles Davis´Bitches Brew, which was released just a few months earlier. Third marks the most major of Soft Machine’s several shifts in musical genre over their career, completing their transition from psychedelic music to jazz, and is a significant milestone of the Canterbury scene, featuring interplay between the band’s personnel: … [source]

In the group’s fourteen-year existence it shifted gears more often than outfits lasting considerably longer. Beginning in the late 1960s as a psychedelic pop band with jazz tendencies, by the time CBS picked them up for a five-album run between 1970 and 1973 there was no doubt about the group’s musical intentions as a jazz-centric and mostly instrumental outfit. [read more here] 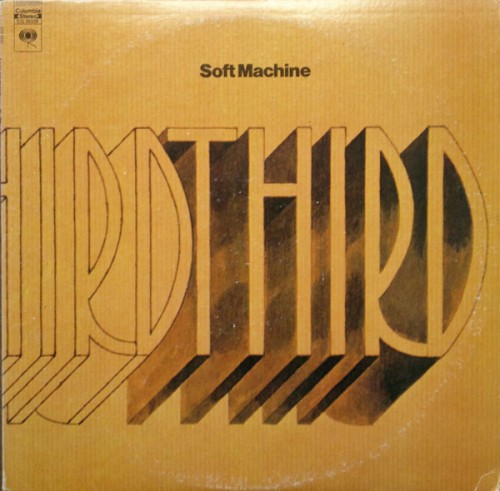