This is a little masterpiece composed by John Coltrane. The first track from the album Olé Coltrane, with only three tracks, plus an additional “bonus” track, recorded may 25 1961, A&R Studios NY. It was Coltranes last album on Atlantic Records, released february 1962. Coltrane tries to explore the larger group format. Olé features Eric Dolphy, Freddie Hubbard, Art Davis, McCoy Tyner, Reggie Workman and Elvin Jones, and Coltrane himself, quite a large ensemble, a septet.

When he recorded Olé Coltrane in 1961, Trane was already transitioning over to Impulse! Records, and his playing reflected the greater freedom that the new label afforded him. In the original liner notes, he is quoted as saying (in a classic understatement), “I like to play long.” On the 18-minute showpiece, “Olé”, one can imagine the profound satisfaction he must have felt, when for the first time, he was free to let his playing stretch out across the record grooves. This is trance music of the highest order. Recorded one year after his former boss Miles Davis released Sketches of Spain, Trane’s “Olé” resonates with the mystical sounds of the North African Moors who once ruled the Iberian Peninsula. “Olé” explores the Eastern-influenced musical modes of Islamic Spain in a more stripped down and earthy manner. [source] 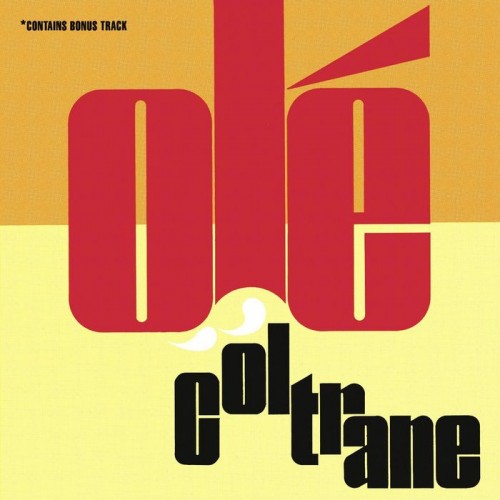