During the late 1960s Joe Harriett and violinist John Mayer developed Indo-Jazz Fusion – an early attempt at building on music from diverse traditions. This involved a ‘double quintet’ of five Indian and five jazz musicians playing together on a number of compositions largely conceived by Mayer. Opinion is divided on the success of these experiments. At their best, they offered a new and unique fusion of styles, but at times one can also detect a restriction on the freedom of the jazzmen to improvise. Three albums resulted from the collaboration with Mayer: Indo Jazz Suite (Atlantic 1966) Indo Jazz Fusions Volume 1 and 2 (Columbia (UK) 1967 and 1968Joe Harriott, Jamaican jazz mucisian and composer, initially a bebopper, became a pioneer of free form jazz. He was educated at Kingston’s famed Alpha Boys School, which produced a number of prominent Jamaican musicians. He moved to the UK as a working musician in 1951 and lived in the country for the rest of his life. [source] 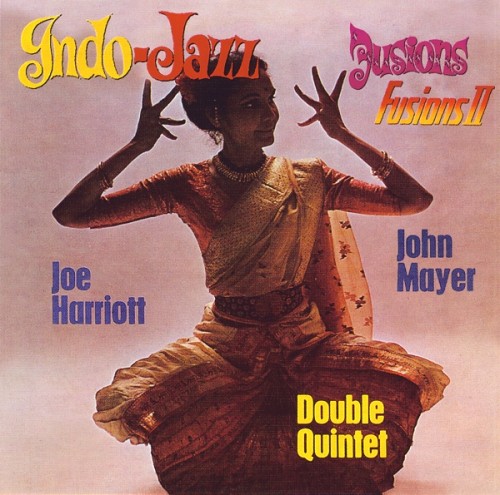