The Third World is the initial session that mixed Gato Barbieri’s free jazz tenor playing with Latin and Brazilian influences. It’s also the album that brought Barbieri positive attention from the college crowds of the late ’60s. He would expand on this musical combination with his next few Flying Dutchman releases as well as his first recordings for the Impulse! label. The records made between 1969 through 1974 find Barbieri creating a danceable yet fiery combination of South American rhythms and free jazz forcefulness. Strangely, once Barbieri signed with A&M, he began making commercial records geared to fans of Herb Alpert, sounding nothing like his earlier albums.

Still available, buy at your local record store or here. 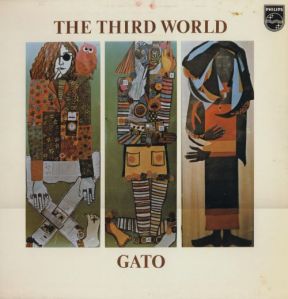