Silent Tongues is a live album by Cecil Taylor on solo piano recorded at the Montreux Jazz Festival on July 2 in 1974. It features Taylor’s five-movement work “Silent Tongues” along with two encores.

The Allmusic review by Scott Yanow awarded the album five stars stating: “To simplify in explaining what he was doing at this point of time, it can be said that Taylor essentially plays the piano like a drum set, creating percussive and thunderous sounds that are otherworldly and full of an impressive amount of energy and atonal ideas. Many listeners will find these performances to be quite difficult but it is worth the struggle to open up one’s perceptions as to what music can be”. [source]

All compositions by Cecil Taylor 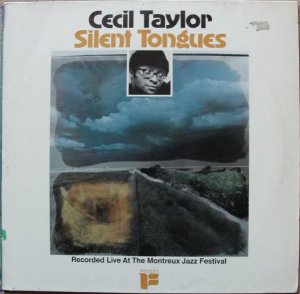