Step Across the Border is a 1990 avant-garde documentary film on English guitarist, composer and improviser Fred Frith. It was written and directed by Nicolas Humbert and Werner Penzel and released in Germany and Switzerland. The film was screened in cinemas in North America, South America, Europe and Japan, and on television in the United States, Germany, Switzerland, Austria and France. It was also released on VHS by RecRec Music (Switzerland) in 1990, and was later released on DVD by Winter & Winter (Germany) in 2003. [source] 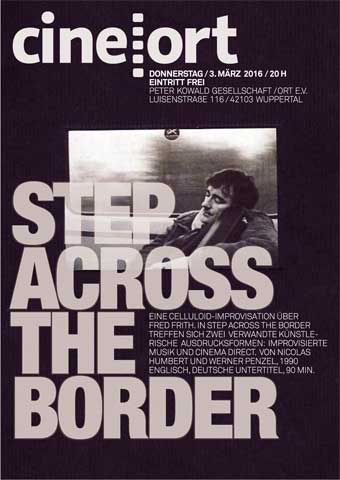