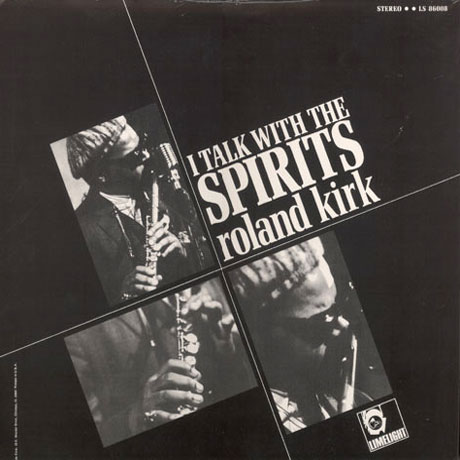 I Talk with the Spirits is a 1964 album by Roland Kirk. On this album, Kirk only plays flutes, and no saxophone or other instruments. It is notable as being the first appearance of the song “Serenade to a Cuckoo”, later covered by Jethro Tull. It was released on CD but is now out of print. It is currently available as digital download on iTunes and Amazon.